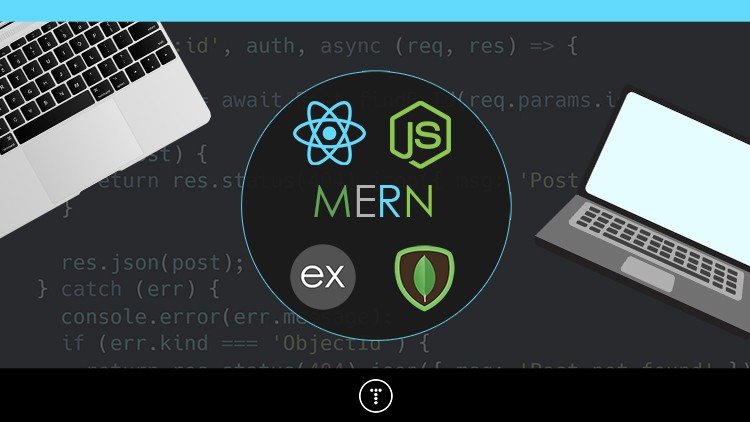 React is an open-source, front end, JavaScript library for building user interfaces or UI components. It is maintained by Facebook and a community of individual developers and companies. React can be used as a base in the development of single-page or mobile applications.

Redux is an open-source JavaScript library for managing application state. It is most commonly used with libraries such as React or Angular for building user interfaces. Similar to Facebook’s Flux architecture, it was created by Dan Abramov and Andrew Clark.

Node.js is an open-source, cross-platform, back-end JavaScript runtime environment that runs on the V8 engine and executes JavaScript code outside a web browser

MERN is one of several variations of the MEAN stack (MongoDB Express Angular Node), where the traditional Angular.js frontend framework is replaced with React.js. Other variants include MEVN (MongoDB, Express, Vue, Node), and really any frontend JavaScript framework can work.

Express and Node make up the middle (application) tier. Express.js is a server-side web framework, and Node.js the popular and powerful JavaScript server platform. Regardless of which variant you choose, ME(RVA)N is the ideal approach to working with JavaScript and JSON, all the way through.