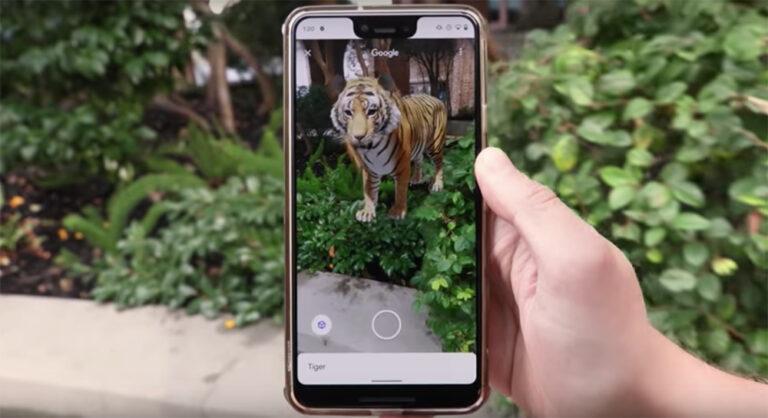 Curious about ARCORE development, You have come to the right place. Learn the basics fundamentals and programming techniques required for building fully functional ARCORE apps. For this course you will need an ARCore supported device running on Android version 7.0 or above along with a Mac or Window’s Laptop / Desktop

So what is Augmented Reality?

According to Wikipedia, Augmented reality (AR) is a live direct or indirect view of a physical, real-world environment whose elements are “augmented” by computer-generated or extracted real-world sensory input such as sound, video, graphics or GPS data.

In Augmented Reality the real view is modified by a computer (Smartphone in this case). Augmented reality enhances one’s current perception of reality, whereas in contrast, virtual reality replaces the real world with a simulated one. Augmentation techniques are basically performed in real time,

Eg : Displaying live scores and statistics inside a live video of a sporting event

Pokemon Go game is the best example of Augmented Reality. Other than that Augmented Reality apps expand over a wide range of topics from Education, Business, Architecture, Health Industry, Home Decoration and obviously mobile gaming.

This course is designed for students interested in creating Augmented Reality application’s using ARCORE & Unity. No coding experience is required; all you need is an ARCORE supported Android phone and a Window’s / Mac system for testing your Augmented Reality apps. We will start with the basics of Unity, C# platform and then move to higher topics

Are you a beginner to C# programming? No PROBLEM, in this course I have created a small section in which I have explained the basic concepts related to Unity and C# programming

ARCOREONE ARKITONE is the first ARCORE application which you are going to create.

Understand the working of HelloAR scene

In the ARMAZECORE application you will

Develop your own Maze from Scratch

Move in the Maze to find the Treasure

Scan the Ground surface, place the Maze on ground and find the Treasure in Real World

In this section you will learn the following

Adjusting the rotation of the model

Enabling the UI elements only once the AC model is activated

Creating textures for your AC model

Changing the color and texture of the AC model

In this section you will

Design Face Filters for the face

Dynamically generate UI buttons based on the number of Face Filters

Change the Face Filters on our Face