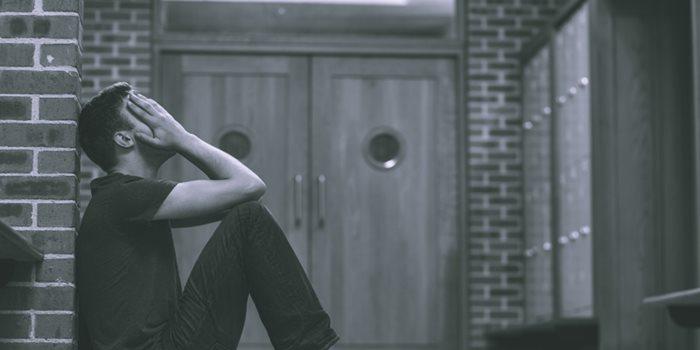 Identify and treat the underlying trauma which is driving the phobia, post-traumatic stress disorder or trauma underlying and driving other psychological problems like depression, anxiety, obsessive compulsive disorder and addictions
Be creative and develop their own ways of treating trauma by using the principles of the Rewind Technique. This could be through story-telling or using ‘real-life’ settings, or creating a different version of the Rewind Technique which better fits the individual client

Students must have the ability to communicate in a way that can help others relax
Students should be trained or in training as a therapist – counsellor, psychotherapist, NLP practitioner, life-coach, hypnotherapist, etc., so that they have therapeutic knowledge around working with people with anxiety conditions, phobias or post-traumatic stress disorder

In this course, you will learn:

To aid your learning there are additional notes and I have included 12 of my self-hypnosis PTSD and phobia treatment mp3’s (worth over £95 GBP) that you can use yourself or listen to as examples of using the Rewind Technique to treat different phobias and PTSD.

This course includes five practice exercises and five quizzes to help test and embed your knowledge.

The Rewind Technique is an incredible technique which allows you to target the core of someone’s phobia or post-traumatic stress disorder and treat it rapidly – often within a single session, helping clients achieve freedom from the trauma that has held them back so that they can move on with their lives.

It isn’t uncommon to have helped someone relieve trauma, a phobia or PTSD that they have had for decades within 10-15 minutes which can be highly rewarding for you as the therapist as well as life changing for the client.

Many psychological issues that clients present with in therapy have trauma at their core. Clients with obsessive compulsive disorder, anxiety issues, depression and addictions frequently have trauma as a core component driving them. It could be the trauma laid down the thinking and behavioural patterns which underlie the development of depression or anxiety issues, or that led to obsessive compulsive behaviours which developed to protect the individual from experiencing similar trauma again, or addictive behaviours to block out or cope with the trauma.

Those experiencing post-traumatic stress disorder may develop relationship issues, face unemployment and find themselves not getting their basic emotional needs met as they struggle with outbursts of anger, depression, anxiety, flashbacks and more. Yet a single session with the Rewind Technique removing the power of the past trauma can transform the present and future for that individual.

In a single session you can help them end flashbacks, angry outbursts and anxiety, you can help them feel a sense of peace and calm they perhaps haven’t experienced in years, you can give them hope and help them to begin their journey out of depression, or take the power out of their obsessive compulsive disorder and all of this helps improve their relationships and ability to work.

Many other approaches to trauma treatment take many sessions and often involve having the person relive or re-experience the trauma through approaches like exposure therapy or critical incident debriefing. This can reinforce the trauma rather than remove it. Or they look for what is ‘behind’ the trauma, trying to figure out why the person developed the trauma in the first place, yet most people with PTSD or a phobia know why they have the trauma but this knowledge hasn’t treated them, when it is illogical – for example, in the case of a phobia like a fear of flying and knowing that flying is one of the safest modes of transport, this also doesn’t help to treat the phobia because trauma is processed non-consciously. It is a ‘fight-or-flight’ survival response which is stubbornly resistant to trying to treat it with logic and reason.

Trauma is a non-conscious automatic survival response that takes all elements of the initial traumatic experience and globalises these creating a ‘sloppy’ pattern to offer the best chances of survival in the future to anything which could be a repeat of the threat. So if someone was mugged by a person wearing black, then anyone wearing black could trigger the trauma, if the person was mugged at night then night-time or darkness could trigger the trauma pattern.

This makes sense from an evolutionary perspective. If your ancestor was walking through a savanna and there was a rustling in the bushes and a lion jumped out and attacked and they escaped, the person who now had fear triggered by the sound of rustling bushes would keep away from rustling bushes in case there was another lion. In many cases there wouldn’t be, but it is better to be safe than dead. For those who don’t feel fear when they hear a rustling bush, they may remain too close to the wrong rustling bush one day and not survive to be anyone’s ancestor.

The role of the therapist, and what the rewind technique does, is to take that global ‘sloppy’ pattern and make it specific, so the mugging was a scary experience, but going to bed and turning your lights out shouldn’t be. By using the Rewind Technique you have traumatic memories reprocessed so that they stop having this global hold over the person.

The boy with 20 phobias

I was approached by a mother of a teenage boy with about 20 phobias. The boy had been seeing a psychiatrist for many years to try to treat them of these phobias. The treatment was remaining unsuccessful, the boy had behavioural problems in school and at home. He regularly displayed anger towards others. In about ten minutes I had helped the mother with a phobia she had, so she wondered whether maybe I could help her son.

I thought about how unlikely it was that someone would develop so many phobias in such a short life, so assumed that there was a good chance there was a single incident which caused them all. I asked for a list of all the phobias which included things like: pencils, rubbers, cups, plates, chairs, tiles, paper, paperclips, staplers and chalk. I thought about what triggers his anger: school, teachers, authority, telling him what to do. I thought what connects all of these. I asked the mother whether her son had ever had a negative experience in a class in school around the time these problems started developing.

The mother told me that her son wet himself in class once in primary school and the teacher got him up in front of the class and made him stand on her desk and humiliated him in front of the class. This was the type of experience I was expecting to be told. I de-traumatised this experience in about 15 minutes using the Rewind Technique and he no longer had any of his phobias, he stopped being so angry and engaged more in school and at home. The psychiatrist was annoyed with the mother for letting her son get ‘treated’ by me, but what I had done in under 30 minutes of meeting with the son transformed the final few years of his time in school and the quality of his life and interactions with family and others. This is the power of the Rewind Technique.

If you would like to find out more you can check out the first few lectures for free.

This course comes with Udemy’s 30-day no questions asked money back guarantee if you start the course and decide it isn’t for you.